As previously explained, Mosh has a system where chanichimot sign up for different work groups called anafim. This part of the day, called avoda, plays a significant role in emphasizing the importance of collective responsibility at machaneh. By performing various forms of labor all for the purpose of beautifying Mosh, kids of all ages learn to appreciate the role they have in a community. If you need help understanding some of the Hebrew used in this post, check out this handy glossary!

Each anaf is run by a group of tzevet members who can make even the most mundane tasks fun. Today, the chanichimot gathered in the MLC to watch the tzevet from each group perform a short skit to introduce their respective anafim. 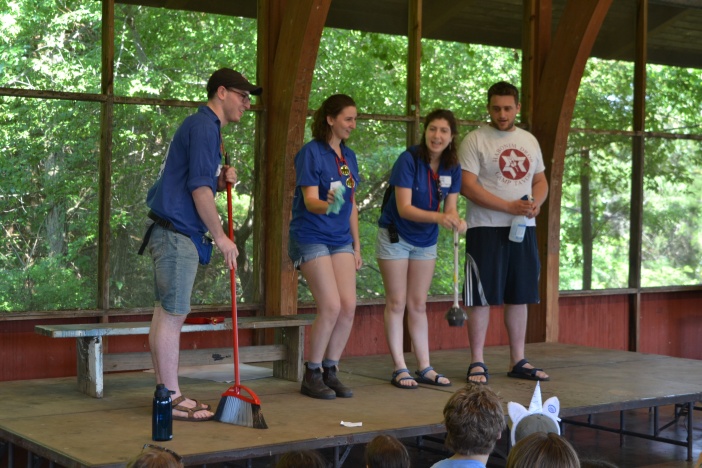 Sababa, which literally means “awesome,” or “cool,” may not be the first word that comes to mind when thinking about cleaning the bathrooms, but at Mosh, it really is “sababa!” This session, Sababa is lead by tzevet members Benny, Elie, Hannah, and Jake. In this anaf, chanichimot work together to clean toilets, showers, sinks, and floors, while also replenishing soap, paper towels, and toilet paper. This anaf is incredibly important to the overall functioning of Mosh as a summer camp. Sababa has many cheers they like to chant over breakfast, hitkansut, or any time of the day! 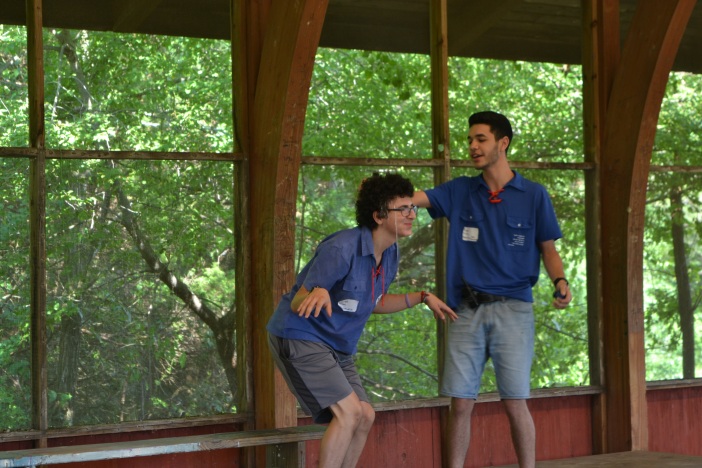 Anaf Gan, meaning “garden,” is run by tzevet duo Joseph and Yoad. In this anaf, chanichimot feed our two goats, Ruby and Sarabi, as well as tend to the garden! This job is so important to machaneh as a whole, because we often use the food grown in the garden in our meals! 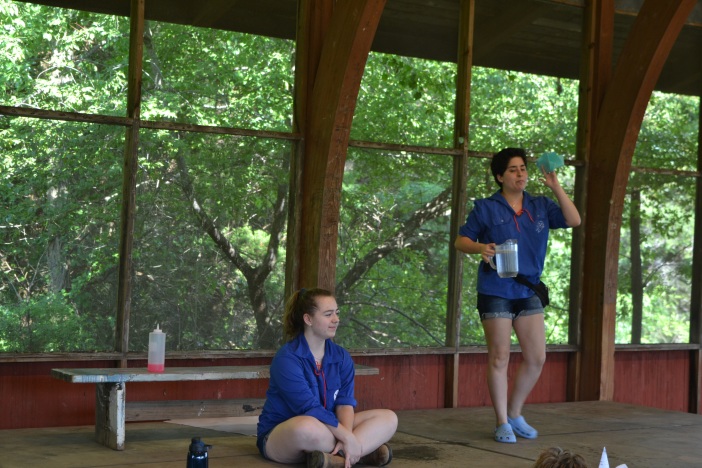 Aruchat Boker is one of the most important anafim at machaneh! Three times each day, chanichimot file into the chadar ochel to eat breakfast, lunch, and dinner. As imaginable, the dishes certainly pile up! While lunch and dinner are covered by toranut – a rotation of people for dish duty – the set-up and clean-up for breakfast is taken care of by aruchat boker! In this anaf, led by roshei chadar Shula and Rose, chanichimot do dishes, wipe tables, sweep, and mop the shtifa and chadar ochel so that it remains functioning all day long! 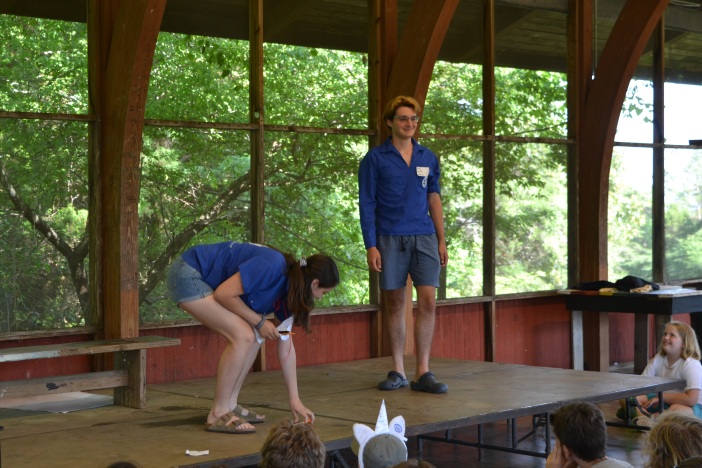 Anaf Ashpa, led by Adina and Solly, is not as trashy as you think! Ashpa, which translates to “trash,” is an anaf dedicated to beautifying machaneh! From buffalo hunting (picking up trash off of the ground) to collecting the trash from every building, ashpa, though sometimes a quick tafkid (job), is an integral part of machaneh culture. 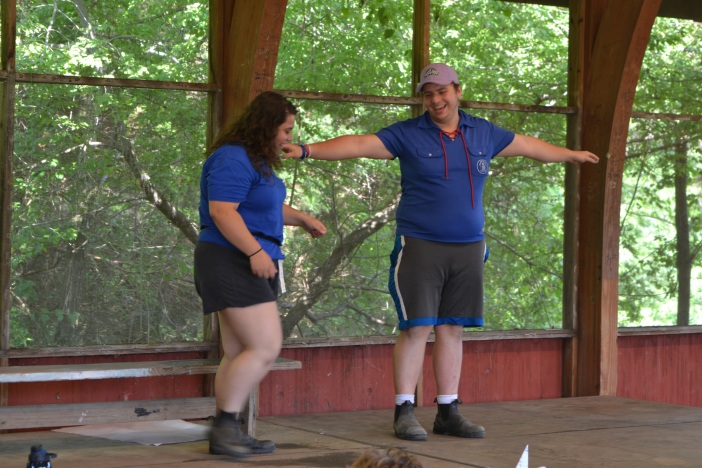 Anaf Brecha is a special anaf, in that it only needs two people – one bogrimot and one bonimot – to be a part of it. In this anaf, chanichimot help the rosh brecha (head of the pool) Amanda in cleaning and maintaining the pool so that everyone can enjoy it all summer! This anaf also occasionally sorts mail. 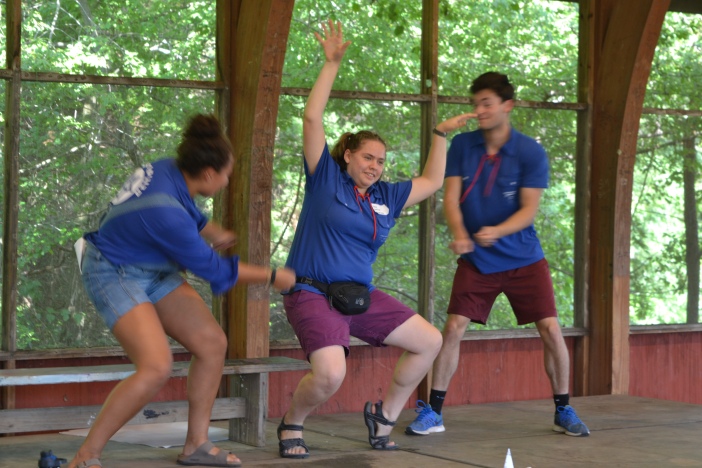 Medura is an anaf where chanichimot work together to cut down trees and gather firewood in order to build the large bonfire for every Saturday night! Led by Tess R., Ada, and Milo, this anaf lets kids experience nature all while doing manual labor and having fun! 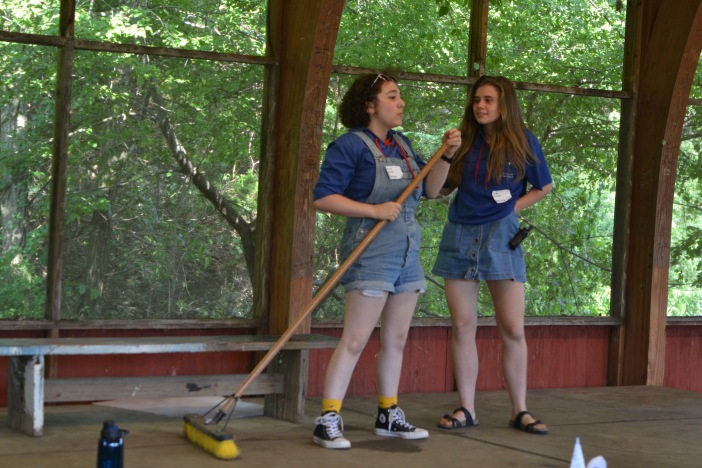 MLC/Sif is an anaf where chanichimot sweep the MLC (Moadon LeChaver) and the sifria (library) while listening to fun tunes! Led by Juliet and Leah, MLC/Sif is incredibly important to maintain the smooth functioning of Mosh because both spaces see a lot of traffic and therefore necessitate a lot of cleaning. 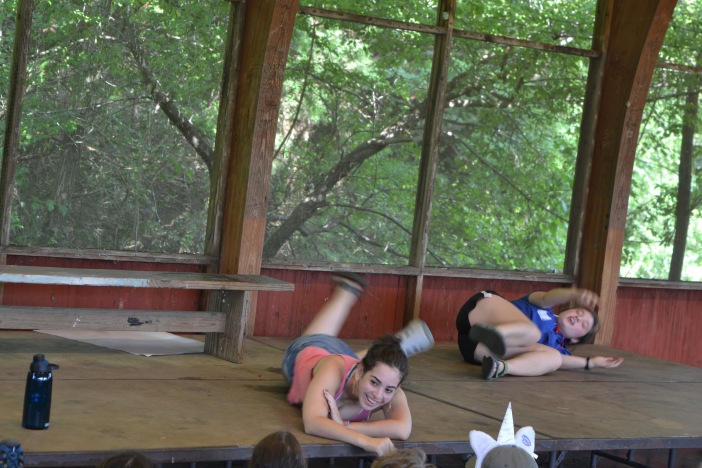 Tziur, led by Noa and Hannah, is an anaf where kids paint a mural to help beautify machaneh! Previous years’ murals can be seen all over machaneh, and mural painting is an important part of maintaining memories from the summer! 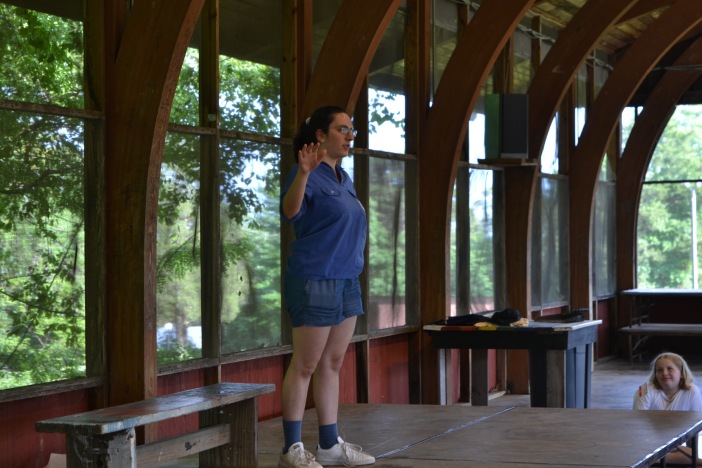